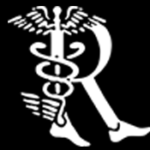 “A Pain-free, safe and effective way to treat nail fungus”

The laser procedure for Nail Fungus requires only one or a small number of safe, quick treatments with little discomfort and is performed as an outpatient service with no anesthesia. The gentle laser light beam has no effect on healthy tissue. No drugs are used, eliminating the total-body side effects of traditional oral medications. The procedure is safe, effective and FDA cleared for fungal nails.

Onchymycosis, also know commonly as Nail Fungus, affects about 10% of the population. It can cause nails to become yellow or discolored. As the infection progresses, the nails become dark, thick and brittle. Nails can become painful or ingrown. An infection is caused by contact with the fungus, which is everywhere in the environment, especially swimming pools, public showers, gyms and nail spas. Trauma to the nails can also increase the chances of infection, as well as age and poor health. Diabetics are more susceptible to the infection.

What are treatment options for Fungus?

Oral drugs can be effective in treating the fungus. The medication can take anywhere from 12 weeks to longer for clearing of the nail. Side effects are a concern with oral treatment, especially liver damage and heart failure. Blood tests are necessary weekly or monthly to monitor for side effects. Topical drugs less effective in treating nail fungus and restoring clear nails. It is applied twice a day until the nails are clear, which can be 12-24 months. There are no significant side effects, however in some patients, the medication cannot penetrate the nail to reach the infection. Laser treatments are effective in treating the infection and restoring clear nails. Most patients experience at least some improvement. A clinical study shows no adverse effects.

Toenail fungus, properly known as Onychomycosis, has several causes. Toenail fungus can be caused by mold, dermatophytes (skin fungus), and Candida yeast. The presence of toenail fungus on the nails causes the nails to be discolored. It also makes nails brittle.

Who Gets Toenail Fungus?

How Does The Genesis Plus Laser Treat Toenail Fungus?

The GenesisPlus Laser is applied to the toenails and the area surrounding the toenails. The laser light goes through the toenail and skin over the nail bed and kills the fungal infection. Following your treatment with GenesisPlus, you will not see results right away. Because the treatment killed the fungus, you will see results in your toenails as they grow out. As your toenails grow, the new nail will not have the discolored, brittle appearance of the older, infected nail. You will see the full results after your nail has completely grown out.

Does Genesis Plus Laser Treatment For Toenail Fungus Hurt?

You will feel heat from the laser during your treatment. Most patients are easily able to tolerate the sensation of the laser treatment. 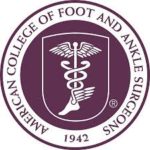 Topics that help your feet